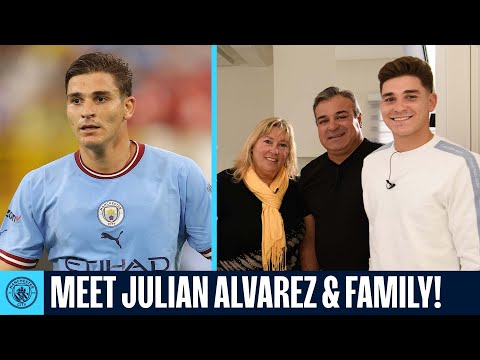 Find out more about Julian Alvarez’s early life and career as our new striker welcomes us into his family home in Argentina.

The forward, who officially joined City in January, arrived in Manchester earlier this month after spending the second half of last season on loan at River Plate.

Before making the move to England, the 22-year-old opened the doors of his home to our cameras so we could find out how he became the man and player he is today.

We hear from his mother and father, Mariana and Gustavo, and brothers Rafael and Augustin who regale us with tales of trials with Real Madrid and the attributes which earned him the nickname ‘Spider’.

Watch the video above to find out more about our new recruit as told by those who know him best.