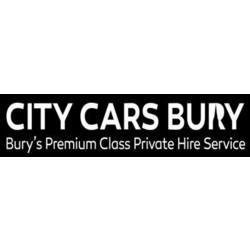 Former Manchester United striker Danny Webber joins the UTD Podcast this week to look back on his time at Old Trafford and beyond.

He talks about his experience coming through the Man Utd Academy and the demands that Eric Harrison and Sir Alex Ferguson put on him at a young age, plus we hear a story about the time Danny negotiated his contract with the boss and had to ask about the small matter of a missing bonus payment!

Danny also recalled the tragic events that led to the untimely death of his close friend and Manchester United team mate Jimmy Davis.

We almost forgot but Helen, Sam and Maysie did also read out your emails at the end of the episode. If you’d like to write to the only official Manchester United Podcast then e-mail [email protected]

We’d also love it if you could leave us a rating and review wherever you listen to your podcasts.

City players train ahead of Sunday's Manchester derby against United, as we look for our 22nd win in a row!...

Our #MagicBurySantaHat went around the borough asking #keyworkers about the year they’ve had. First, Carl f...

This is Graham from https://www.sixtownhousing.org – the latest of our borough’s amazing #keyworkers to tel...

Christie, Karen and all of Bury’s education staff are absolute heroes! 🥰 We want to say a big THANK YOU to ...

Been using this taxi for a couple of times, very good service. Always on time with clean cars and down to earth drivers. Person...

© City Cars Bury, All rights reserved.
This website uses cookies and asks your personal data to enhance your browsing experience.
Ok, I agree Privacy Policy
Open chat
Need Help?
Hello there,
How can I help you today?