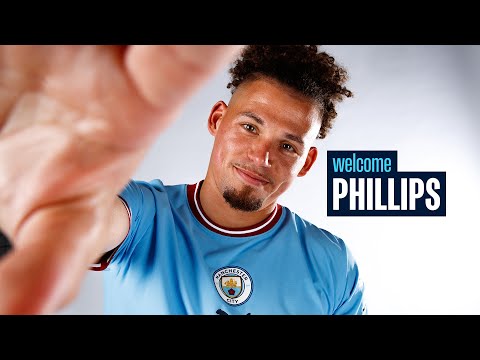 England midfielder Kalvin Phillips became the latest of our summer signs earlier this week, when he officially joined City from Leeds United.

The 25-year-old midfielder put pen to paper on a six-year contract with the Premier League champions.

Speaking in his first interview with mancity.com, Phillips revealed how the lure of playing for City – and learning from manager Pep Guardiola – had proved irresistible.

“Pep’s teams are some of the best teams in the world and one of the man reasons I joined was to be coached by Pep.”

To celebrate our newest arrival, we’ve compiled some of Phillips’ most striking observations as he looked forward to embarking his new career at City.

Play the video to enjoy Kalvin Phillips: In his own words!