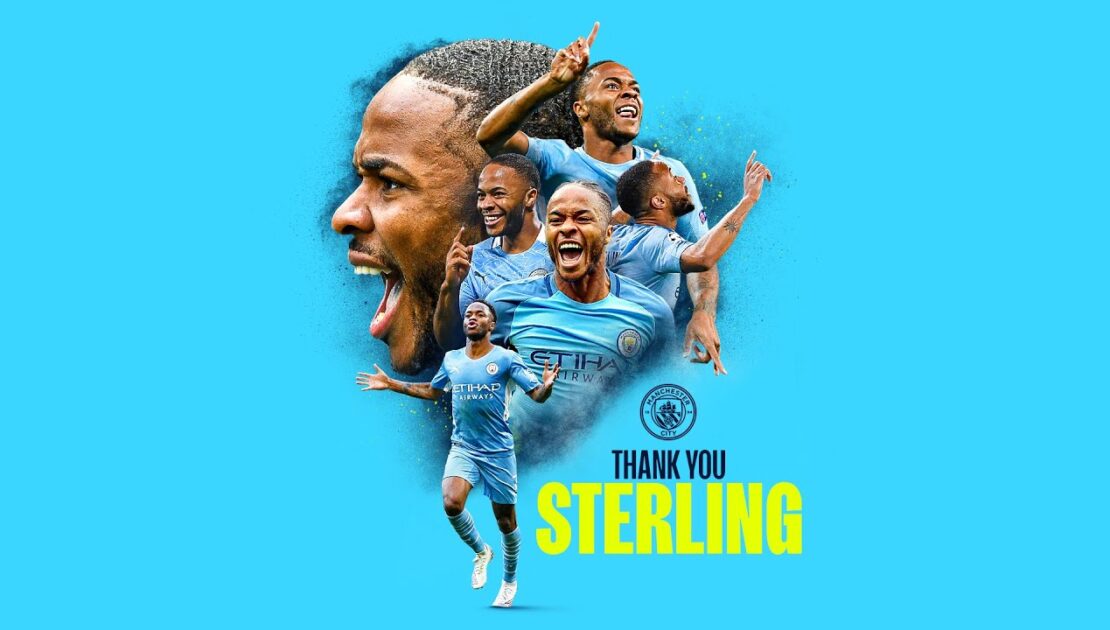 Sterling established himself as one of the Club’s greatest modern-day players during that period, making 339 appearances and scoring 131 goals.

His 91 Premier League goals are second only to Sergio Aguero, and he exits the Club as our 11th highest goal-scorer of all time (all competitions) – just one goal behind equal ninth-placed Fred Tilson and Billy Gillespie on 132.

Sterling is our second-highest scorer of all-time in European football, with 24 Champions League goals second (again) to Aguero’s 43.

Sterling joined City from Liverpool in July 2015, in a deal that saw him become the most expensive English signing ever at that stage.

He made his debut a month later in a 3-0 win away to West Brom and scored his first City goal against Watford at the end of August.

Of the many memorable moments of his career with City, his winning goal deep into added time away to Bournemouth in August 2017 will stick in the mind of those who witnessed his celebration with the travelling fans and subsequent sending off moments later for a second bookable offence.

Few will forget another dramatic winner he scored against Southampton three months later, with his 96th-minute goal securing a 2-1 win and extended City’s winning run to 12 Premier League wins in succession – a new Club record at the time.

Sterling played his part to the full, scoring 23 goals in 45 games – he also had his first Premier League winner’s medal to go with the Carabao Cup triumph earlier in the season.

The 2018/19 campaign arguably saw Sterling at the very peak of his powers as City recorded a domestic treble of the Premier League, FA Cup and Carabao Cup.

He made 51 appearances that season, scoring 25 goals along the way – not including the winning penalty in the Carabao Cup final shoot-out success against Chelsea.

City would pip Sterling’s old Club Liverpool to the title by one point, and his two goals in the FA Cup final win over Watford saw him named the PFA Young Player of the Year and football Writers’ Player of the Year.

The following season saw his best return yet 31 goals from 52 appearances and though the Premier League title went to Anfield, he added the FA Community Shield and another Carabao Cup success to his winner’s medals collection.

Raheem would add another 31 goals in 96 appearances over the two campaigns that followed – both ending with Premier League title triumphs.

In total, the 77-times capped England forward has won 10 trophies with City and was awarded the MBE in 2021 for his admirable work in highlighting and progressing racial equality.

A wonderful Club servant, everyone at Manchester City wishes Raheem the very best of luck in this new chapter of his career.